One of the best short hikes in Scotland ascends 220 meters to Steall Falls (3.5 km / 2.25 miles round trip) via scenic Nevis Gorge, an area owned by the John Muir Trust, which is attempting to restore wilderness here after centuries of burning and grazing. Steall Falls is Scotland’s second highest waterfall, with a single drop of 120 meters or 393 feet. Often hidden in the clouds above is Ben Nevis (1345 meters or 4411 ft, the highest mountain in the British Isles), here at the western end of the Grampian Mountains in the Lochaber area of the Scottish Highlands. Click here for a great longer hike: Ring of Steall (external site). 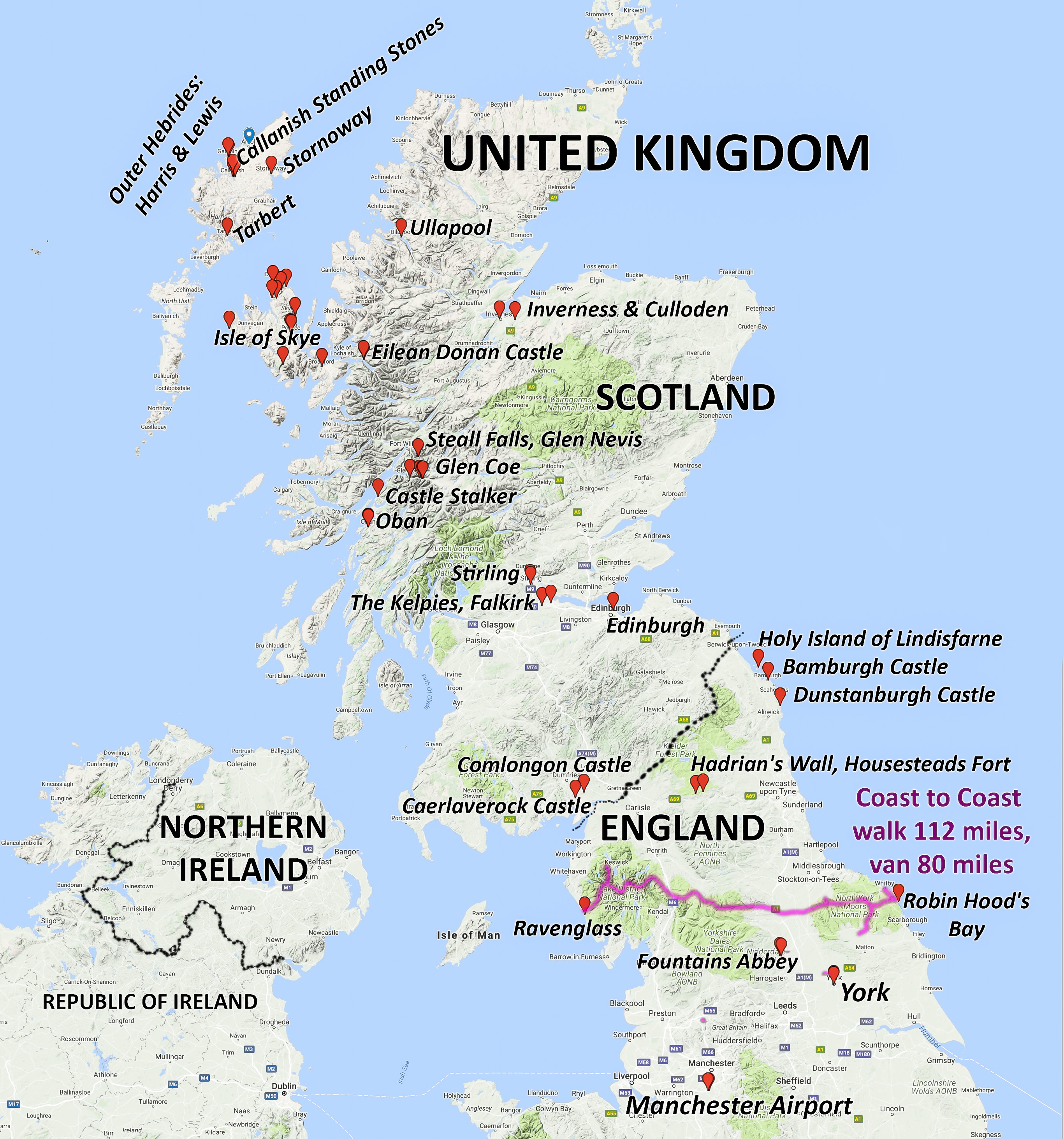