The Olympic Peninsula in the state of Washington is captured in photo galleries below featuring sea coast, haystacks, animals, mountains, flowers, and plants. In 1981, Olympic National Park was honored as a World Heritage Site by UNESCO.

Animal photos from the Olympic Peninsula of Washington include: Roosevelt elk, a deer with Mount Olympus in background, and a clay chicken on a lavender farm. The Roosevelt elk (or Olympic elk, Cervus canadensis roosevelti) is the largest of the four surviving subspecies of elk in North America.

July 27, 2021 hiking report: Obstruction Point Road features Olympic National Park’s best views of Mount Olympus from a vehicle (open from about July 4 through October 15 depending on weather and snow, and not suitable for trailers due to steep, narrow gravel surface). Turn left just before the Hurricane Ridge Visitor Center. Starting from Obstruction Point Trailhead, we day hiked a great loop over Lillian Ridge to Grand Lake, with short side trip to Moose Lake, then returned the longer way along Grand Creek via Badger Valley Trail (9 miles with 2740 feet gain). Expect to see a lot of backpackers at this popular wilderness entry point. 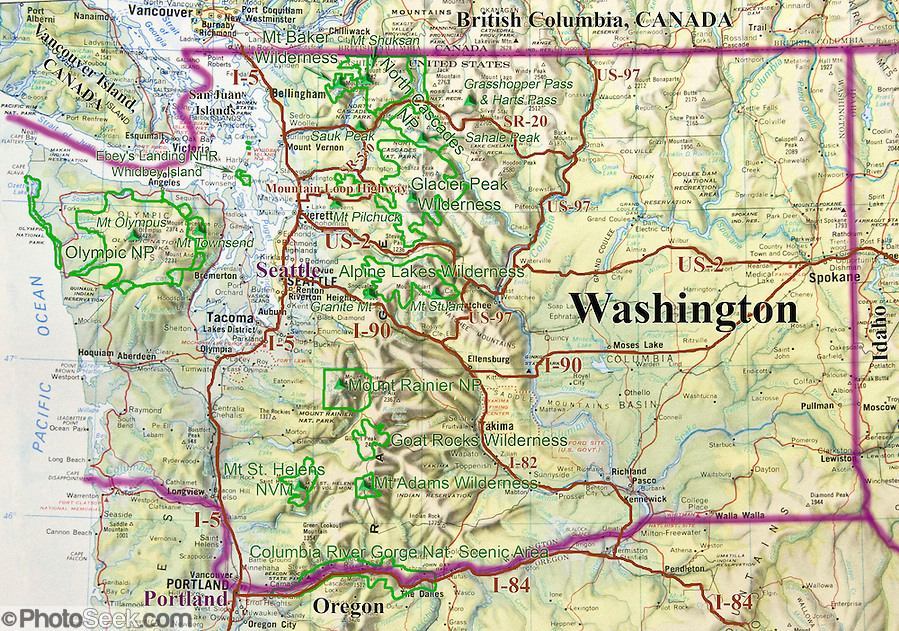