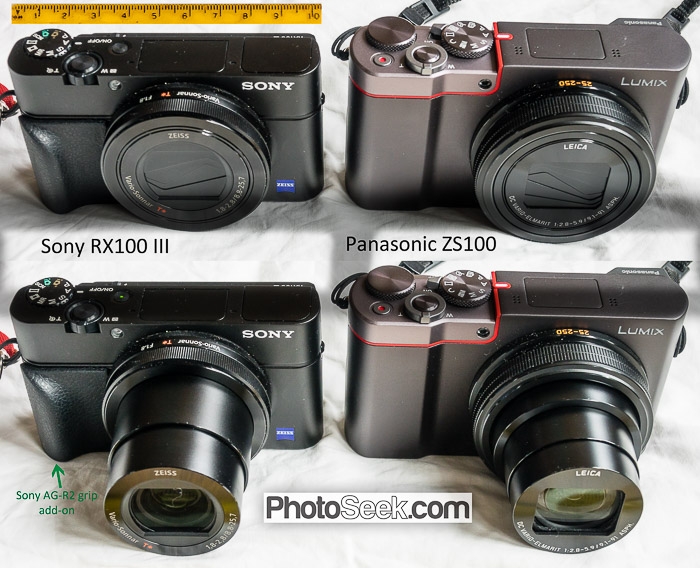 Compare lens and size of Sony DSC-RX100 III with Panasonic ZS100 digital camera. The ZS100 is fatter but can still squeak into a large shirt pocket.

Because macro was one of my main reasons for carrying an RX100 (to supplement a larger-sensor APS-C system with 11x zoom which captured poor macro), a ZS100 now serves better as our backup travel camera for my wife to carry.

Carrying a pocket camera with 10x zoom around town lets me capture unexpected moments like this at a distance: 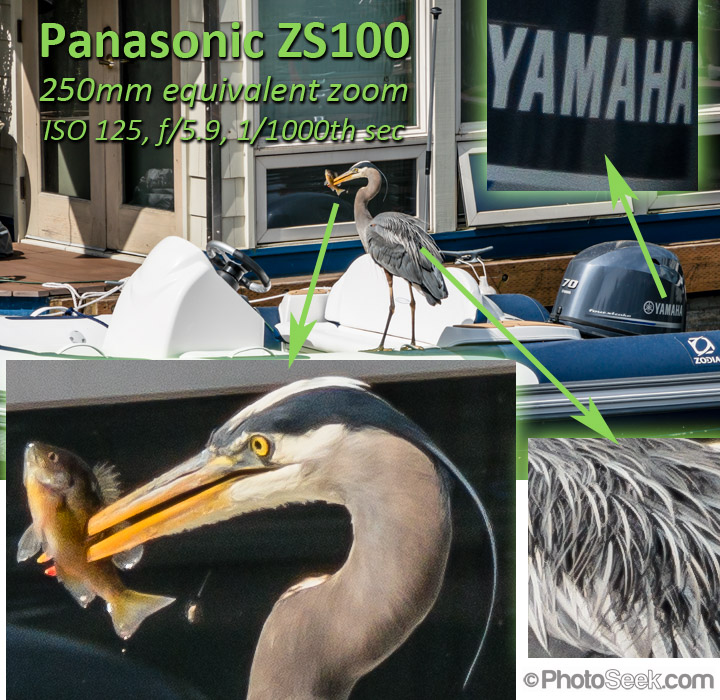 Above: A Great Blue Heron on a boat spears a fish along the Cheshiahud Lake Union Loop in Seattle, Washington. At 250mm equivalent zoom in sunny conditions, the Panasonic Lumix ZS100 camera captures surprisingly good detail in the heron’s head and feathers (portions shown at 100% pixel view). Even the shadowy “Yamaha” letters look reasonably sharp at the edge of the frame. Photographed at ISO 125, f/5.9, 1/1000th sec.

The above overall image (originally 20 megapixels, 5472 x 3648) can be cropped to isolate the heron at 1764 x 1348 pixels, which is enough to print sharply about 7″ high (at 250dpi). Much better than a smartphone camera, Panasonic ZS100 gives you lots of leeway to share digitally cropped telephoto shots on the internet, as in the example below shrunk to 600 pixels high: 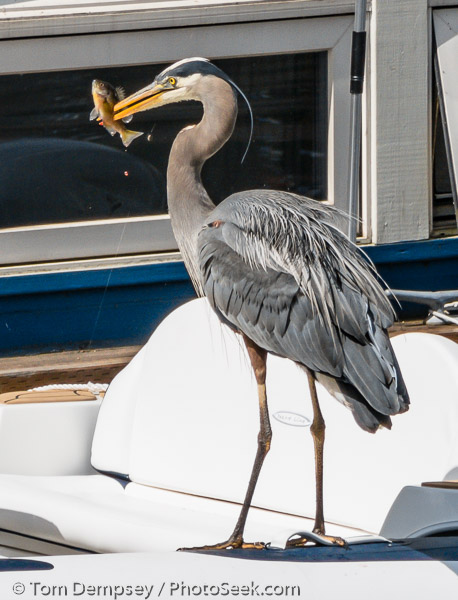