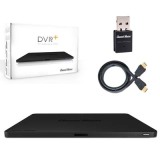 Update in Fall 2015: Competitor CenturyLink introduced optical fiber to our neighborhood, and we switched back to paid subscription TV using their excellent PRISM service, plus internet and landline telephone, all bundled on the same high-speed optical fiber, much superior to copper cable. As of 2105-2016, we’re enjoying the extra channels and recording capabilities of PRISM for reasonable cost compared to Comcast’s 2014 cable service. (The only negative is that our landline phone no longer works if the power goes out, a rare occurrence.)

Update in 2019: We switched to DirecTV (owned by ATT), who made a better value offer for television service via satellite dish. From 2019-2021, we’ve been very happy with DirecTV service (experiencing fewer blackouts than with cable or fiber service, and superior menus). In 2021, we added HBO Max (which gives HBO channels on DirecTV and also streaming service on a PC, to see “Dune” and other high-quality films released by Warner Brothers).